I found this site when doing a search on Nortons. I own a Sportster but consider myself a motorcycle enthusiast more-so than a Harley guy. And of the pictures I've seen, all I can say is WOW. Some real beauties ya'll have.

I guess I can throw a question out there. Back in the day, Triumphs were known for having poor electrics. How were the Nortons in that same era?

I have an uncle in OR who told me about how during his college days he rode across the country on his ~'72 ( I think) Commando along with 14 others. Sounded like a blast. Since then, he bought a '65 Triumph but decided to sell it as it had too many problems and was hard to find a mechanic that worked on them - and now has a Kawasaki Vulcan.

If I manage to insert a picture of my bike...that's it! LOL 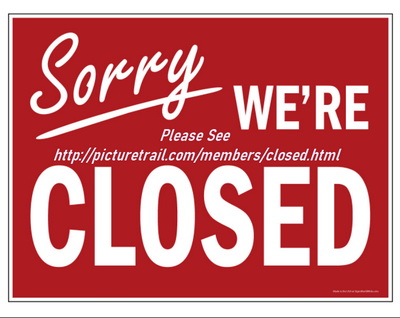 Nortons, Triumphs, BSAs and other brit bikes of the same vintage, pretty much had the same Lucas electrics. Reliability is probably a result of all the vibration brit vertical twin engines produce.

If you get a chance to ride a Commando, try it. You might not want to go back to the Sportster. The old Commando is probably quicker.

I'd love to, if I could find a place that would give demos. Hell, I'd love to just see a new one in person. I have an acquaintance who has an old Norton and there's nothing he doesn't know about them or can't fix. I just don't dare ask him to let me take his for a spin!


hogwylde said:
I'd love to, if I could find a place that would give demos. Hell, I'd love to just see a new one in person. I have an acquaintance who has an old Norton and there's nothing he doesn't know about them or can't fix. I just don't dare ask him to let me take his for a spin!
Click to expand...

You're welcome to try mine if you live anywhere near me!!

Figures. I finally find someone nice enough to let me try out their Norton, and they are approximatley 3,128.96 miles away.......give or take a couple :shock:

how close is Michigan? norbsa

Unfortunately, Joseph Lucas was a blight on the entire UK motorcycle industry for many years. They didn't do the car industry any favours either.

During my brief time at Norton, we had endless quality problems with their stuff and the response was usually "you're such a piddly little account we really don't give a s**t".

A friend who has had various British bikes and sports cars had a T-shirt printed. On the front it says "Joseph Lucas, Prince of Darkness". On the back it says "The reason the Brits drink warm beer is that most of them have Lucas refrigerators". He also has a bumper sticker on his TR-6 that reads "The parts falling off this car are of the finest British craftsmanship".

In more recent times, the take-over of the specialist car companies by US automakers has forced some of Lucas' worst habits into the history books. While I was at N-V, I tried very hard to get Bosch electrics onto the bikes, but was shot down on the basis that Bosch "weren't well enough known in the USA".

And because the British bike companies were being propped up by the gvt., the gvt. decreed that the companies would use British sources for their parts. Makes sense to me, but it gave Lucas too much pull with the bike companies.

If Norton was anything like Smallheath, a lot of the reason for useing Lucas was price, they wanted everything as cheap as possible, if price had not been GOD they would have used BTH instead of lucas, and if mags could have been made as cheaply as some low cost points and coils they would have stayed with magnetoes.

Hogwylde, I've got 2 running commandos in my garage at the moment, plus another 3 in the pending tray, you're welcome to come and have a ride. If you're going to travel 3,000 miles you might as well really go 'Wylde' and add a few more to it, plus I can guarantee you the best sea slugs and fish lips on toast that you have ever tasted. Has anybody got a more distant invitation?

...sea slugs and fish lips on toast - I'll be right over!