I've been looking at the gears before I put the box back together (just fitted the layshaft superblend), and I noticed that the layshaft 2nd gear is pretty well trashed.
None of the other gears are showing any signs of wear, so I'm pretty baffled!
Naturally, I'm going to replace it before I get a visit from the tooth fairy Just a bit miffed at being stopped dead in my tracks while I was on a roll!
I don't believe its done a high mileage, either, and the original Portuguese bearing was still intact.
Has anyone else encountered this problem? 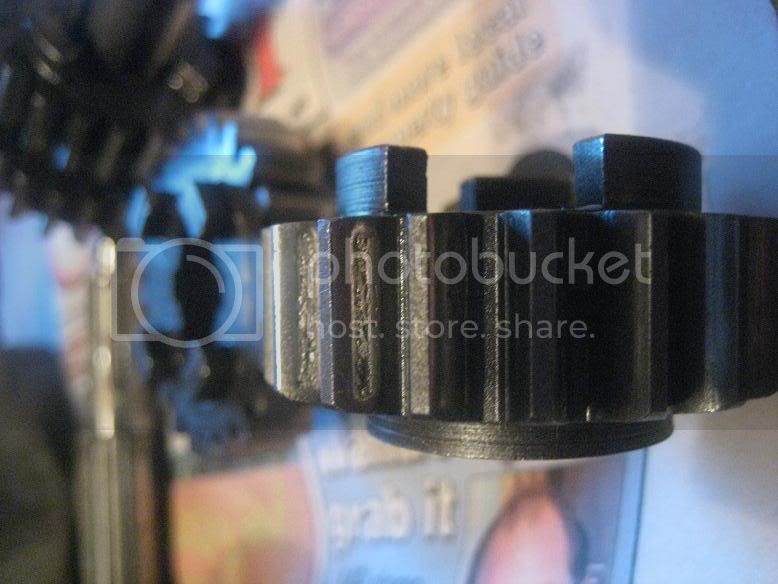 Think about how much welly you give it in second gear,layshaft flex is high in second.Do make sure you replace the gear with the correct one,ie scroll on dogs or unscrolled, the PO on my bike done an expensive rebuild on the gear bag but put the wrong gears in,lay shaft snapped in 3000miles.

Looks like the gears that came out of Chip's bike (thanx, Windy).

I'm sure other members have commented about this before? And I think the opinion was that if the gears are replaced, then new ones will show the same wear marks after a fairly short while?

Thanks Guys - I just did a search on previous posts and it definitely isn't an uncommon phenomenon, is it!?

Reminds me of the sort of feeling you get when you discover your new girlfriend is actually the Village bike, and you were the only one who didn't know

It seems that the consensus is there's no need to change anything on safety grounds, but replacing the gear would get rid of the whine (I've never run the bike, so wouldn't know).

I would definately replace that gear, and I would make sure I replaced it with a good quality one. I would recommend Norvil as the supplier for items such as these.
Yes second gear is the one that wears, but that is not a reason not to replace it. I deal with worn gears on a proffesional basis and in my opinion that gear needs to be replaced before it pops some teeth.

I would also recommend you replace the layshaft ball bearing with a roller type to reduce layshaft flex and therefore improve the contact on the layshaft second gear tooth form.
Stu

hi b+bogus,if you do intend to replace that gear i would also replace the one it runs with,its better to change them as a pair

I found a similar picture when I began the restoration of my Mk3; the bike had 24,000 miles on it when I received it this past October. In my case the problem gear gear was first main, which showed Brinelling of the same intensity as your example. All other gears were clean. As the first main gear is the smallest in the cluster (along with fourth lay) at 14T, and the first lay is the largest at 28T, it seemed reasonable that the first main would experience the most stress per tooth, and would show the most wear. The second smallest gear in the cluster is second main at 18T, so a similar argument would apply to your case, although I would have expected the most wear to appear on second main, as opposed to on second lay. Both first and second gear see the most use, and the highest accelleration and stress, in my riding style, and would be expected to show the most wear.

I replaced the first main gear while I had the box apart (it's 90 bucks in the US for an Andover product) and left the others alone, including first lay. I'm not of the "replace them in pairs" persuasion, particularly regarding first gear. For second gear, the tooth ratio is closer, but If the second main gear is relatively unmarked, I can't see the value in replacing it.

Aren't gears like that more likely caused by inconsistent hardening as opposed to wear? I'm not inferring sub-standard manufacturing or anything...

Well, I've started looking at the gears a bit more carefully (I always seem to do better looking at photographs of components, rather than the components themselves!), and first off - my mistake - it's the Mainshaft gear that's stuffed (good deduction RIck ), and the corresponding layshaft gear is showing some minor damage on a couple of the teeth only.

I'm quite easily persuaded by the poor hardening argument - this sort of damage does seem to indicate a quality problem.
Given the evident hardness of the chocolate cam I removed from the engine I wouldn't be in the least bit suprised.
I believe that the 2nd gear was changed for the MkII 850 (my bike). I'm assuming this was just to change the ratio?

The layshaft superblend roller has just been fitted.

Thanks again for the comments

The Norton gearbox is under-designed to handle the forces produced by the Norton 750/850 engines. I've opened several of these gearboxes over the years and spalling has always been evident on some of the gears. A replacement gear will show signs of spalling in less than 10,000 miles. The good news is that catastrophic damage is virtually non-existent.

If you are to buy new gears be sure to use a brush and solvent to remove all the metal dust before assembly. As this is going to be in the box if not. It's hard to tell from the pictures but they were full of crap (metal chips and metal dust). 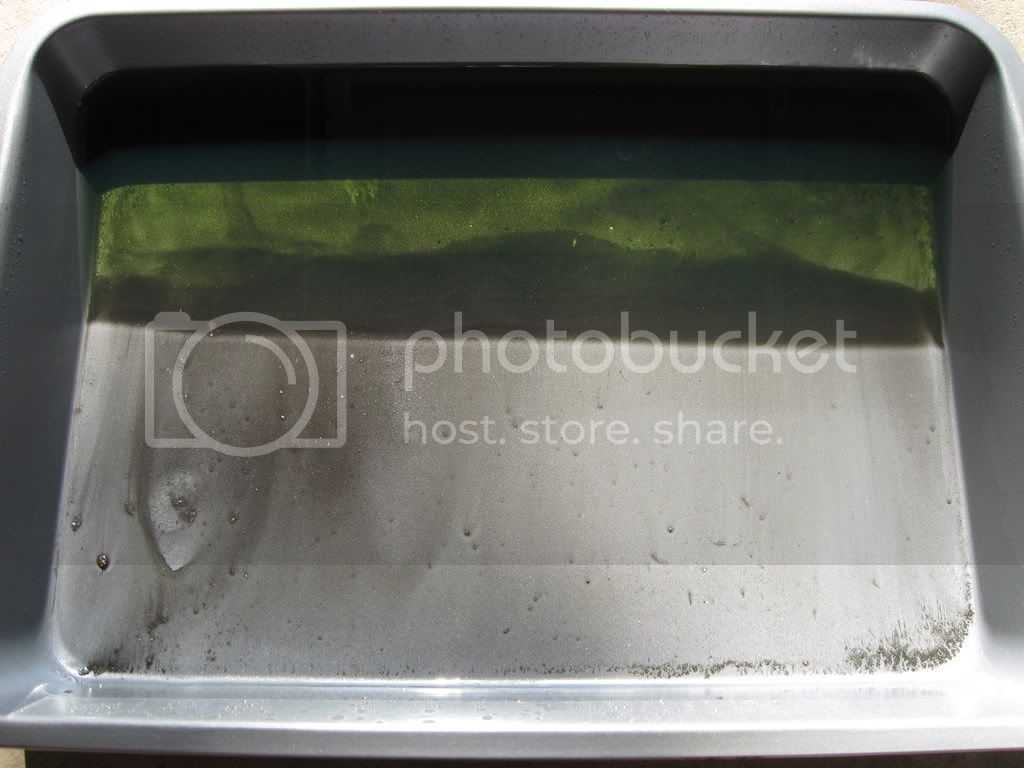 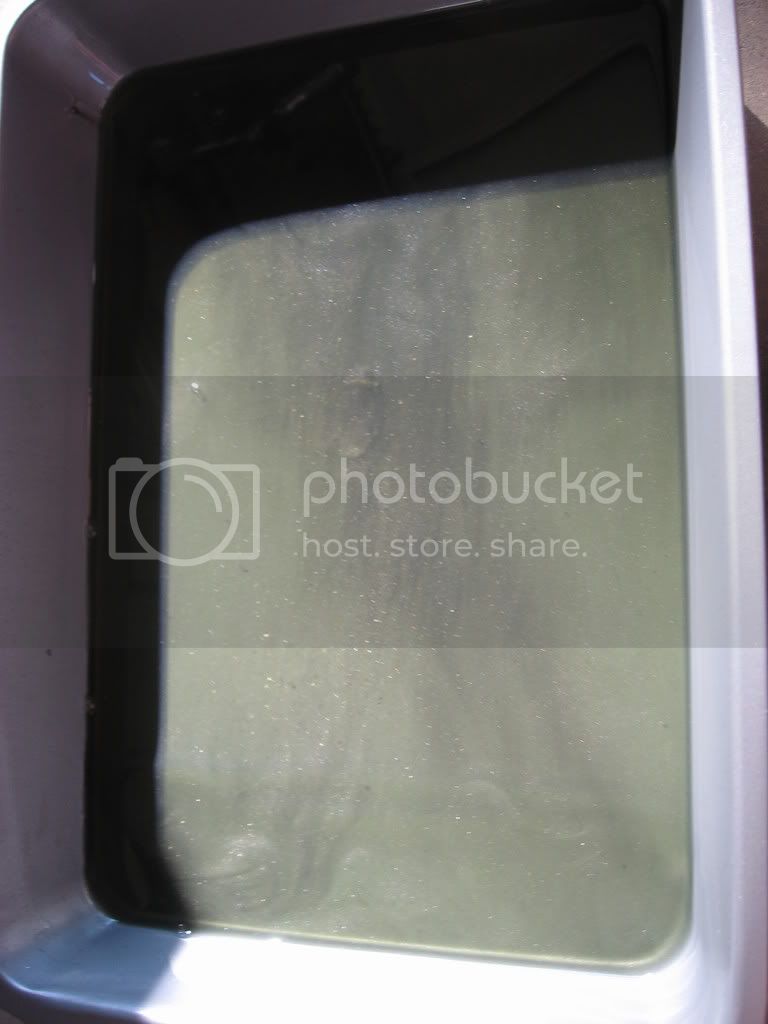 I believe that Brinell damage occurs when objects of similar hardness strike each other with stress that exceeds the compressive modulus of the metal, leaving a "dent". This is a design failing, as the hardness (Brinell number) of the metal must be spec'ed high enough to avoid this problem under the conditions of maximum acceleration AND vibration (the gearbox is rigidly mounted to the engine). My TR3A gearbox, with more than 60,000 miles on it and handling nearly twice the bhp of the Commando, looks like the day it was built. Admittedly, the TR3A gears are much larger than those on the Commando. Still, since this appears to be a universal problem for us, my conclusion is that the gear material was, and is, misspec'ed and too soft, and I don't see a solution other than monitoring the gears every 10,000 miles or so, and replacing the heavily brinelled gears. Annual changes of the gear oil looks to be a good idea as well, to remove the metal pieces and any water that has entered the gearbox (the lower elements of the shift assembly were corroded in my Mk3, a sure sign of water in the gearbox).

rick in seattle said:
My TR3A gearbox, with more than 60,000 miles on it and handling nearly twice the bhp of the Commando, looks like the day it was built. Admittedly, the TR3A gears are much larger than those on the Commando.
Click to expand...

TRs put out somewhere around 100hp. Having picked up one of those gearboxes once or twice I can tell you that they are not light.

The Norton will put out somewhere around 60hp and the gearbox can be picked up easily.

Not sure where your comparison was going. Heck, I can barely figure out where mine was either...

Probably the cheapest thing you could do for a Norton gear box would be to use an oil that helps to protect it as much as possible. It would be interesting to compare a box run in similar conditions with Redline and the standard oil.

I would love to use Redline in my Norton gearbox, but it's GL-5, supposedly a no-no for yellow metals like the bushings in the box.

I've asked Redline if this will be a problem. Currently I use Royal Purple which had been proven to be compatible, but we'll see what Redline says.

Same here Cookie, using the Purple but would love to feel safe shifting (pun intended) to the Red. I'll be interested in what you hear back. Thanks - B

Redline makes a gear oil carrying a suffix in the title "NS" meaning "No Sulfer" which is kind to bronze bearings. It can be ordered from Moss or other suppliers to us vintage brit gearheads.