Is anyone producing good quality steel side covers with the tab for the left side cover? I need a set new or used.

britbike220 said:
Is anyone producing good quality steel side covers with the tab for the left side cover? I need a set new or used.
Click to expand...

I would like to know as well, fed up with my fibre glass ones.
Bought a set from RGM once, spent about 3 weeks trying to fit them, gave up.

I tried calling commando specialties and one number was no good the other number worked, but I got an answering machine. Hopefully he will call back, probably has a day job, thanks for the tip Dave. I never heard of this guy until the other day.

I can't get on his website for some reason. I can get there once in awhile, but It doesn't work and usually times out. Tried ordering and couldn't, maybe its my mac?

britbike220 said:
I can't get on his website for some reason. I can get there once in awhile, but It doesn't work and usually times out. Tried ordering and couldn't, maybe its my mac?
Click to expand...

Probably not you. It's a not the best site I've seen. See if this helps:

I don't know if these are the same ones that Clubman Racing offers. If they are there seems to be some issues fitting them.

Roadster Side Covers - These are raw steel side covers made in England and sort of ready for paint. We are not the only one offering covers from this manufacturer, but are probably the only one that will tell you up front that, while better than others we have seen, they do require custom fitting. The set we fitted to our "test mule" required both a bit of grinding on some edges and pulling in the sides in places to keep from touching the frame. As all the work was done with a 4" hand sander/grinder and a 6" adjustable wrench by someone who admits to having no metal working ability, all that is really required to get a good fit is a little patience.

I've purchased several items from Duanne @ Commando Specialities.
He responds well to email.
Good products @ good prices at least what I received.
Pipes, SS front brake line from Norm White.
Email him
Hopefully you will like the covers.
Let us know
Marshal

I got a hold of dewayne by phone and ordered the covers. I'll post back what they are like when I get them, fingers crossed I need some good norton news in my life.

britbike220 said:
I got a hold of dewayne by phone and ordered the covers. I'll post back what they are like when I get them, fingers crossed I need some good norton news in my life.
Click to expand...

These are going to be painted for the new bike if I ever get it on the road. The new bike is the closest and nicest stock bike I've bought, but I've decided to do it custom, weird, but after seeing the picture of that commando with ss pipes and gunfighter seat, I just have to do it to one of mine. I plan on dupont purple rahpsody with black norton logos, ss pipes from viking and the gunfighter I bought. I'm sure I'll end up doing a lot of silly things to this bike, but I'm starting to think it's easier to put money into them and have someone else do the labor intensive stuff. I'll muddle through the easy stuff. Pictures of the raw steel covers when I get them though.

I painted my brother's 72 DuPont Hot Hues Purple Rhapsody with siver stripes and decals and it looks yummy. I think black trim wouldn't show up well.

Good input, thanks. If silver looks good, I'm flexible. I just didn't want purple w/gold details and have it look like the property of the minnesota vikings.

I got the steel repop covers in the mail today. At first glance they look acceptable, but are not an exact copy from what I can tell. I need to fit them to see where the overall quality is. I will try and post pictures after work.

Ok if anyone wonders what I received from commando specialties I'll try and post the pictures, but I always have problems, maybe swooshdave can help. Anyway what I received were two side covers. The steel was a nice gauge,and the battery side cover fit was acceptable. It does not have the tool box it is just a cover. The oil side is not acceptable and had I checked it before trying to alter it I would have returned it. It is physically smaller than my other cover, the post where the screws go through to fasten at the oil tank are very long and need to be ground down and one hole does not line up . It seems the back portion is too shallow causing the hole misalignment. The worst part is the tab at the bottom where the rubber grommet goes, literally sticks up above the Z plate instead of sitting below it. Also if you note the new part actually sits inside of the real part and you can get an idea of the size difference. Unfortunately I cannot make a camera do the same thing an eye will do see in 3D and have perspective. Hope this helps for those out there and this is by no means a review or opinion regarding commando specialties parts or business. OK, now realistically the piece probably could be made to work, but I am surprisingly weird about things fitting properly. this cover may work for a lot of people, but not me. Last, I did call Duane (spelling) and discussed with him as an informational conversation because I already ground mine up to try and fit. He offered to replace it which I decline due to my stupidity wrecking this one, but did share with him the part is physically smaller and really does not fit. I told him he may want to check the next batch against an original or an older repop and he was grateful for the feedback. He said unless people call he does not know. So Duane is a stand up guy to deal with. Off to ebay to try and find an original or if someone here has an oil side cover I'll gladly pay your asking price. I can't get the pictures to show up big you have to click on them, sorry.

britbike220 said:
I can't get the pictures to show up big you have to click on them, sorry. 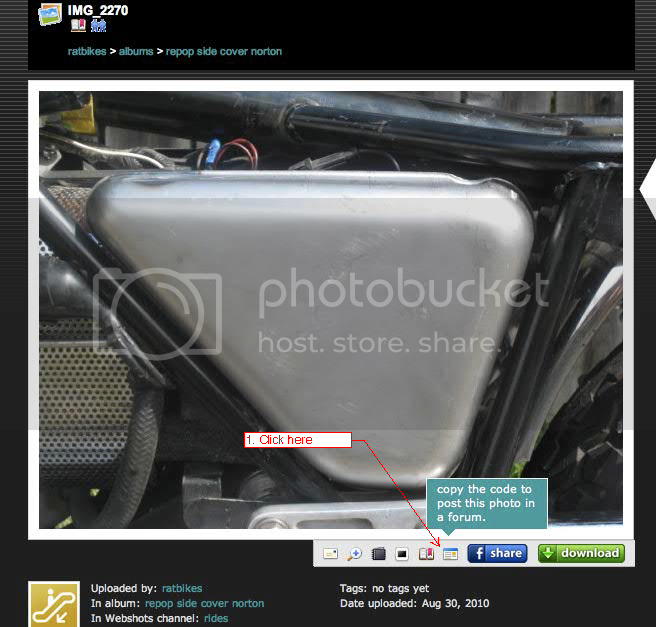 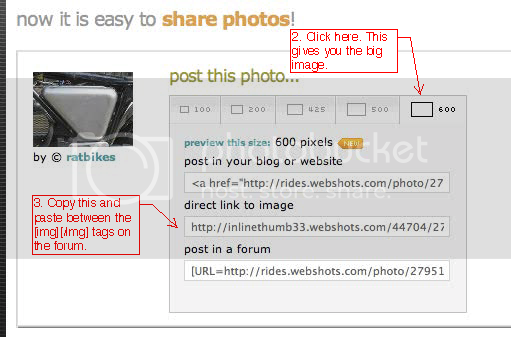 Hopefully this is clear. It's not too difficult.

Ahh, here I thought you were magic all this time. I'll keep it in the file for next time, but don't be surprised if I beckon your help again

britbike220 said:
Ahh, here I thought you were magic all this time. I'll keep it in the file for next time, but don't be surprised if I beckon your help again
Click to expand...

I'll just send you the link to this page... :mrgreen: