I did wear hearing protection, honestly 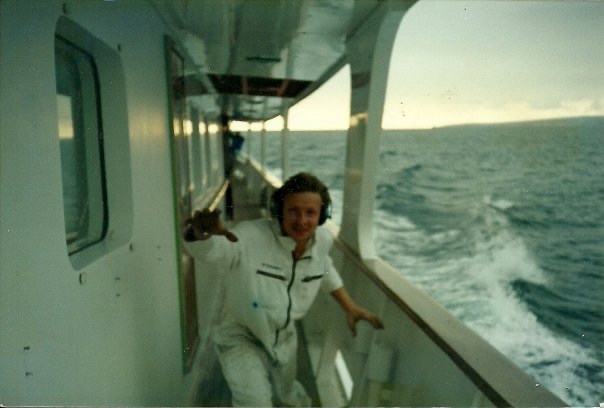 Jerry Doe said:
Yeah, it was a different life, I had a problem having one motorcycle, so I had them all over the place. I worked on 3 or 4 in about 18 years, the one in the movie was the last one I worked on, it had 2 Paxman motors, very good power to weight ratio. 1350 HP each. I was on that one a long time. I am not sure if they are still about, but motors were made in Colchester Essex. They also had that same motor in some US coast Guard vessels back then.

I also sailed around the world on 130 ketch as engineer. That had Mercedes’ motors.

The first one I worked on and was engineer on was the second fastest yacht in the med at the time, worked on it 4 years approx. It was about 40 meters and had 2x 2,600 HP MTU motors. That was fun. Capable of about 40 - 50 knots if I remember right, The only faster one was Shergar. Owned by Aga Cann. That had 2 boing jet engines it it with turbine drives. It was capable of over 60 knots.

Also I worked on a huge schooner for a while, but had to leave due to problems.

It was good tax free money. I was always paid in USD tax free due to being offshore flags.

Funny old life! I was very happy to stop working at sea in the end.
Click to expand...

My Dad was a seagoing engineer in the Merch for 50 years, had some great trips with him but he stopped me going at 14 and talked me out of following in his footsteps. Often think how different my live would have been had I done so but in reality I worked overseas for 20 plus tears so didn't fall far from the tree 😀. His Dad, my Grandad was also at sea, an AB, torpedoed in the Gulf of Mexico early on in WW2.
You must log in or register to reply here.
Share:
Facebook Reddit Pinterest Tumblr WhatsApp Email Share Link