Details
The bike has been under current ownership since 2003. It is currently registered in Rhode Island but has a clean Massachusetts title. Recent service includes relining the steel fuel tank, new tires, carburetor service, and fluids change. The bike has been maintained in running condition since owned but has developed a patina over the years. You will see surface rust on most of the chrome and polished metals. Very few miles have been put on it in the past 10 years. I have two young kids now and would like to see the bike go to a good home and receive the proper attention and maintenance that it deserves. It is the perfect bike for someone looking to own a complete, correct and in good mechanical condition Norton Commando in running order that could be enjoyed this summer with some minor TLC and then do a winter project or a rolling restoration. 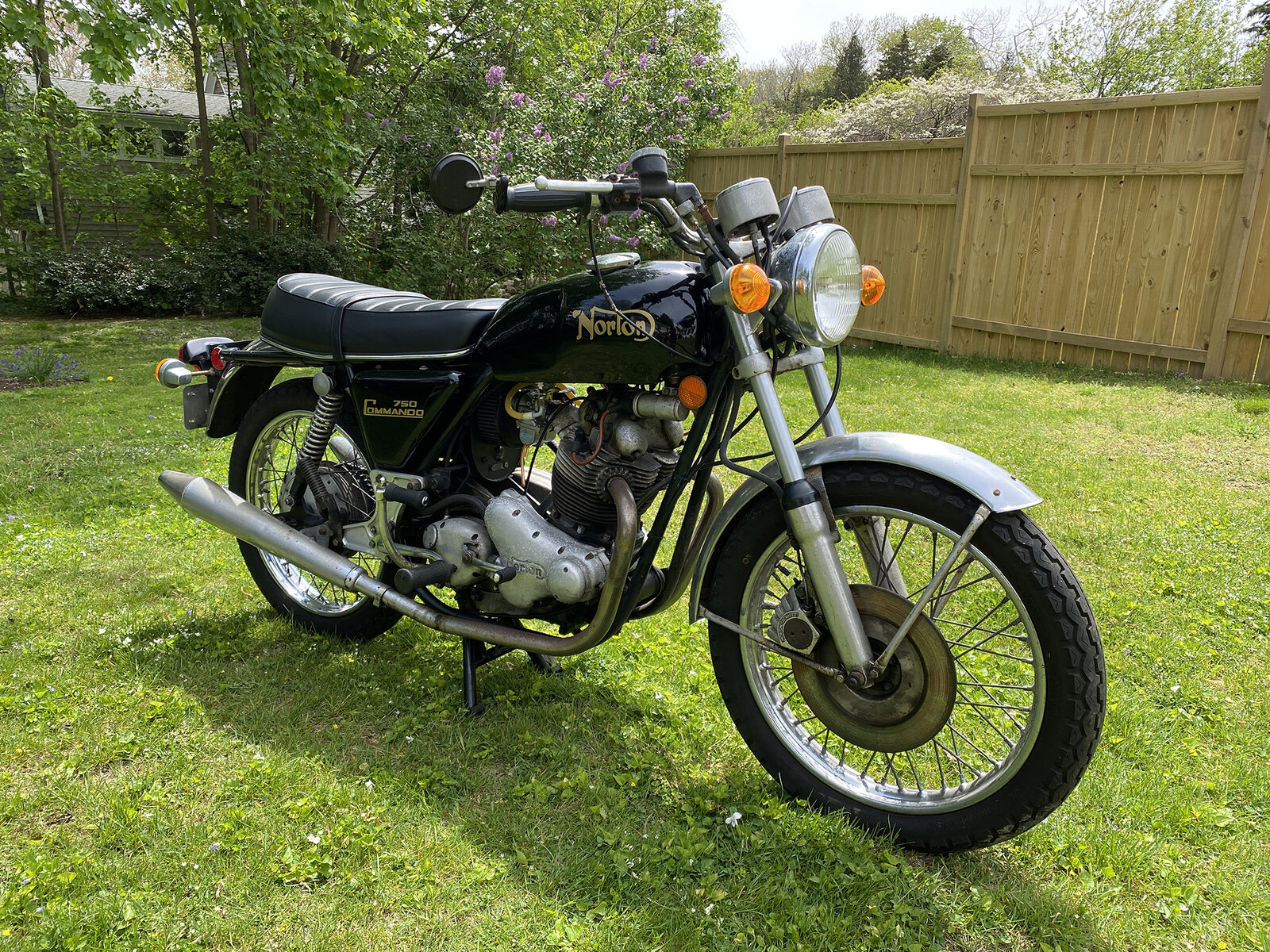