Seat has got to go.

MichaelB said:
Seat has got to go.
Click to expand...

Quite agree. I think that he's pumped it up too much. He's probably too embarrassed to say but I think that haemorrhoids are the reason he's selling it !

I know some people who may quite enjoy that seat :lol:

Well, isn't that something! :lol:

Reminds me of this: 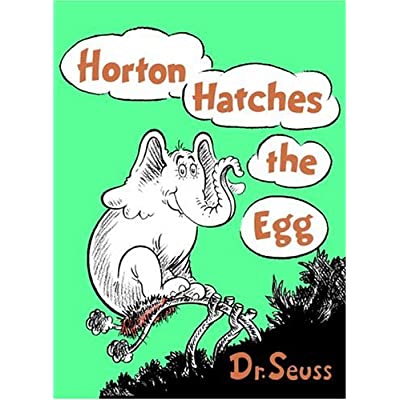 I think it is an interesting exersize in engineering when you consider the extra weight of a much heavier power plant in a lightweight Norton frame and also the effect if any, it would have on the suspension components.

He says it's been like that for 30 years, so I would think it was a well constructed frame.

A couple of comments come to mind:

Give the man some credit...he had an idea, and got it done. More than most of us will accomplish in our lifetime, not the least of which would be me. I think it not only looks good, but what makes it so different than a Triton, or some other adventurous use of the Norton frame? I have a buddy with a Nortlund. Featherbed with a Hettlund motor (Sweden?) in it. Only a hundred or so of these motors were made in the fifties and they were fit in some industrial application. One lunger at, I think 600ccs. Will get a photo of it. He got it approved and passed by the German Inspection, which was a task as it is one of a kind...and it is a beast to keep up with too.

We...of all people should be accepting of something a bit different than the norm. If we didn't think there was something cool about being different, we would all drive Harleys instead of some obscure "Foreign" machine. Or am I wrong?

You will find the world has all sorts of neat things to offer.

And....personally...I hope we see the day he accomplishes his next fantasy, and blows them away at the flats...

I agree with HEWHO on this a lot of effort to do this most people couldn't even get the sprockets lined up. Let alone all the other considerations.
Being an old guy and all, The Commando could just beat the Honda 750- 4's out on the street. With this motor in the lighter Norton frame you would have a race on your hands. I would have been more impressed had he retained the ISO'S though. The conversion seems to be more for touring than go fast in mind. Got to keep the time frame in mind considering the date of the work.

Okay, credit for all the work done, but not for the concept. No point at all in putting a big honda 4 in a commando frame. Nothing to gain by doing that. If he'd put it in a featherbed, then he would have had a strong, smooth engine in a good handling frame.

hewhoistoolazytologin said:
I have a buddy with a Nortlund. Featherbed with a Hettlund motor (Sweden?) in it. Only a hundred or so of these motors were made in the fifties and they were fit in some industrial application. One lunger at, I think 600ccs. Will get a photo of it. He got it approved and passed by the German Inspection, which was a task as it is one of a kind...and it is a beast to keep up with too....open minds...insert fantasy.
Click to expand...

He finally sent me a couple pictures. This machine sees a lot of miles, sounds a bit of a thumper with the big one-lunger, but goes like stink. Not bad for an industrial motor... :wink:

I like it, and I've got a couple of Wide Lines in the garage. Where do I get a Hettlund?
Cash

Did a Google, find no info on these motors. I know from the owner that the motors were produced in very limited numbers and he has only one person he has gotten some help and a few parts from up there is Sweden. There is at least one Swede in the Forum, he might jump in on this subject matter, we will see.

This machine is not really something I would be prepared to think would be a modification to please all of us, if you at any time think you would want something that you could just send away and get the repair parts for...but that wasn't my point. Point was, that one mans' dream doesn't have to be the same as that of another. Most anything is possible, if one sets the mind to it. My friend set his mind of having a Nortlund, and did it. Much to his pleasure and those who have seen it. The Honda fellow, start of this thread, did the same, and my point was, who are we to knock somebody else's dream. I thing he was entitled to it, and did a good job of it. Good for him... :wink:

It's actually a Hedlund Motor. Here's some info -

Cool!
Live and learn...seems only about half of what I thought I knew about that motor was true. Either lost in the translation, or I was not listening...which is more than the likely reason. Anyway...it is indeed a seldom motor, as the upper link explains so well...will send him those links too, as he may be interested...thanks for the info!
Hewho...
You must log in or register to reply here.
Share:
Facebook Reddit Pinterest Tumblr WhatsApp Email Share Link