This was from when I built my DR780.
Notice all the holes are either countersunk (or soon were if not) or in some cases have a counterbore from the factory.
The faces do the sealing with sealant, the fasteners do the fastening independent to each other.
Fantastic and leaks are all but never.
Why do British bikes have the myth of being leak prone ? 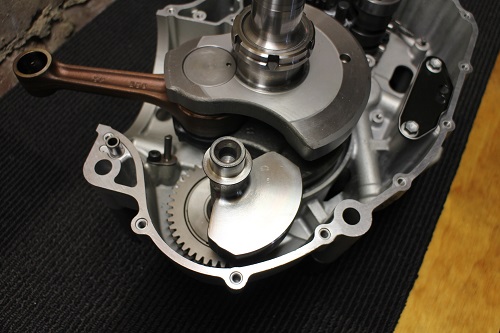 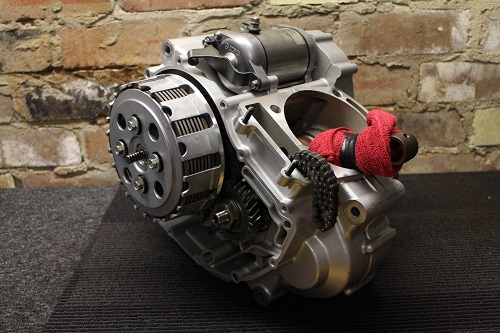 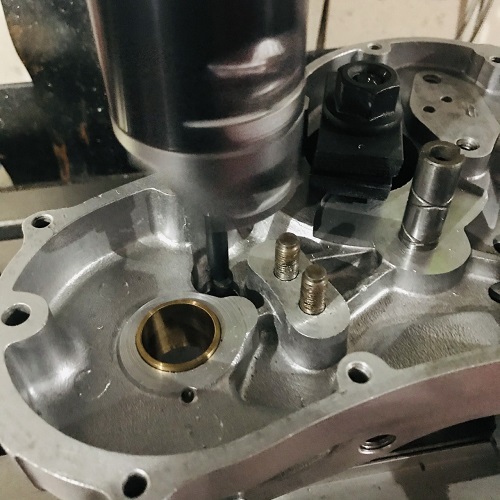 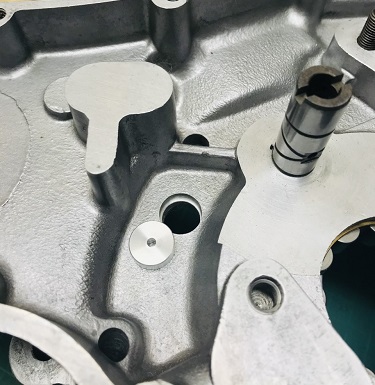 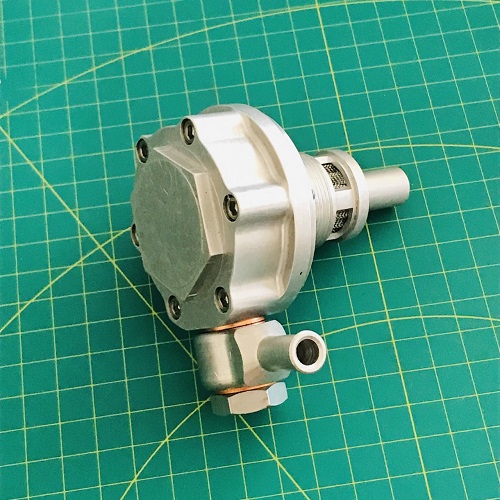 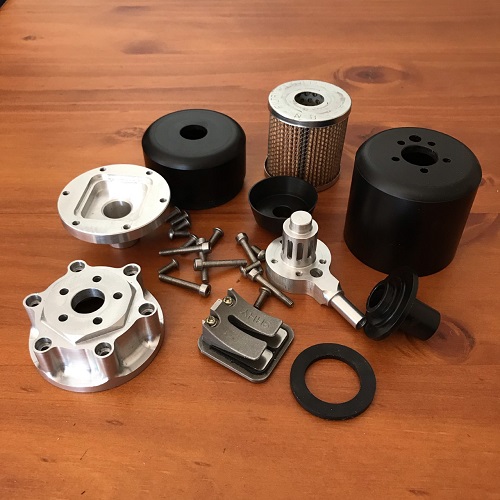 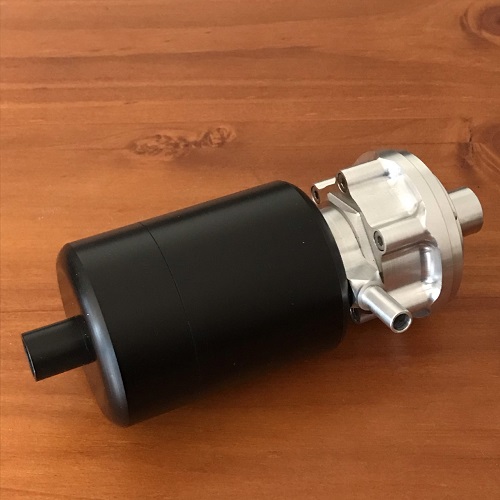 Whats the filter on the breather? I assume rhis isnt for a Commando bodge, else ground clearance is in the negative...

gortnipper said:
Whats the filter on the breather? I assume rhis isnt for a Commando bodge, else ground clearance is in the negative...
Click to expand...

Time warp: “DOH! I knew I should have measured more carefully” !

gortnipper said:
Whats the filter on the breather? I assume rhis isnt for a Commando bodge, else ground clearance is in the negative...
Click to expand...

That was a Moto Guzzi bodge with some JC influence (the shape of the reed valve body) so is a breather/ separator and seems to work well.
It took a while to make on manual machines.
The filter is an oil filter from a roller bearing bevel drive Ducati, the oil return (wet sump) goes to below the oil level (submerged)
A modified version would probably work on a 20M3S engine at the timing side with a check valve in the oil return.

I really need a CNC being elderly and the clock ticking that little bit faster. 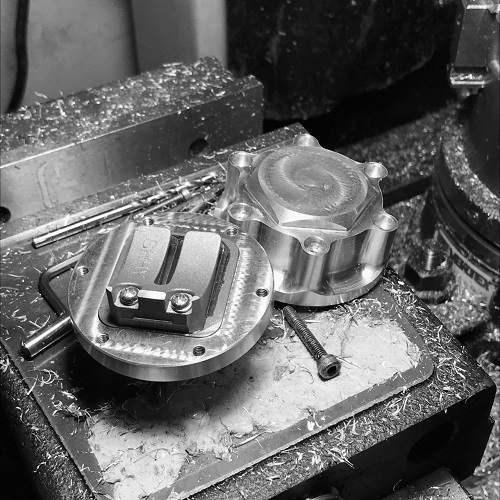 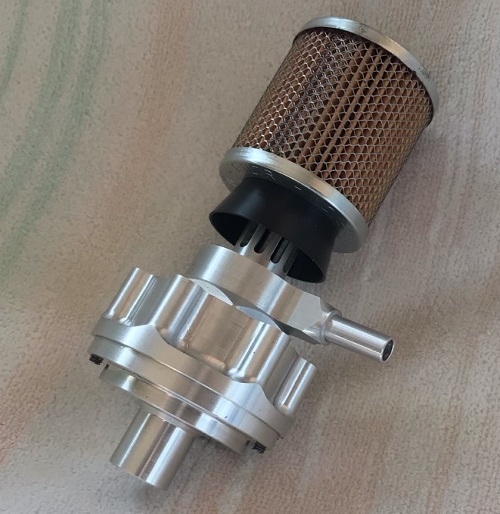 Total height is around 160 mm. 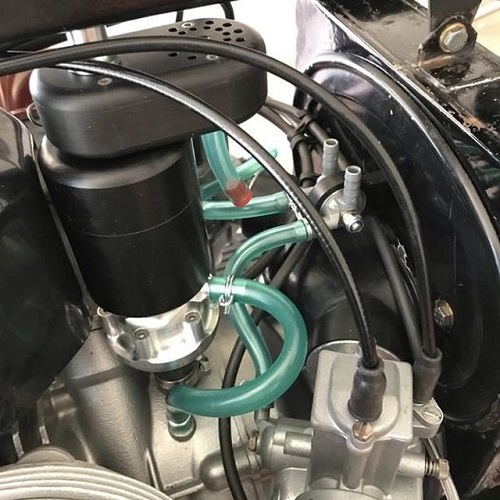 This bike ran like a champ from the first start but still have to weld some bungs into the old headers so it can be fine tuned with the dual read out wideband unit. 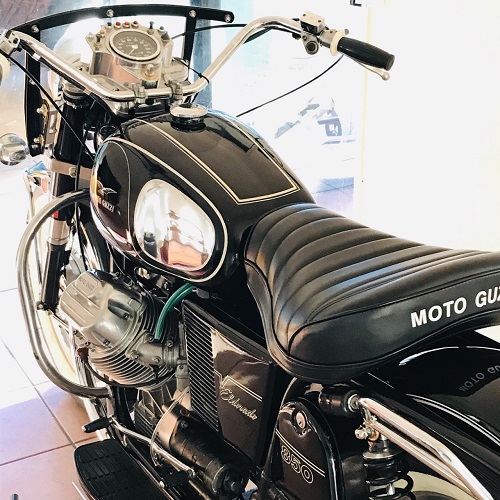 This should have the next keeper scratching their head one day.
What do you do if the original red one is broken on your Mk2a, replace it with a shorter black one from early 750 spares?
Buy a kit if one was available @ $68 + post.

I think not, you fire up the mill and 4 axis DRO, good for another 46 years. 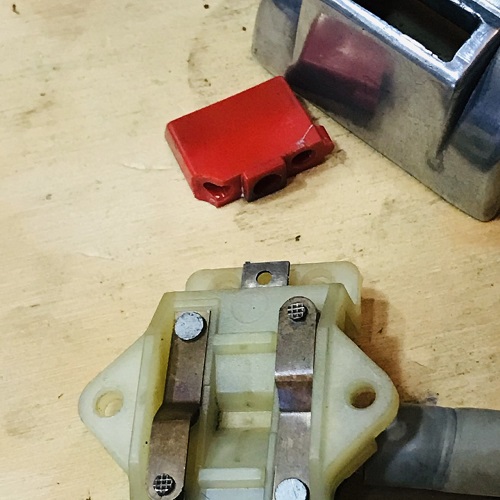 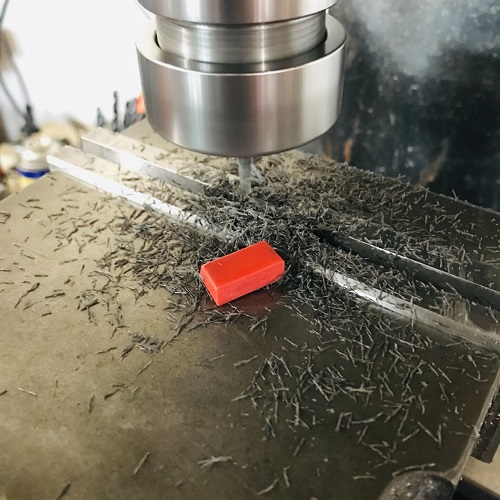 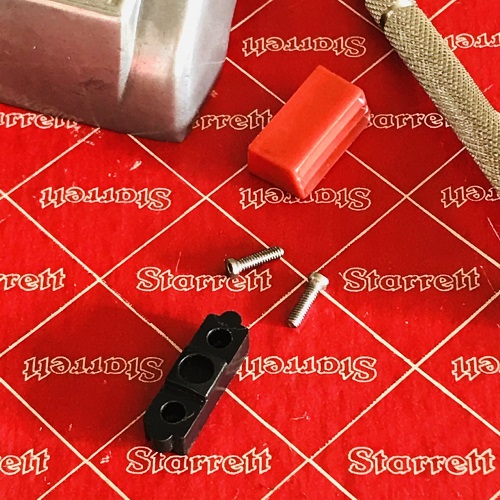 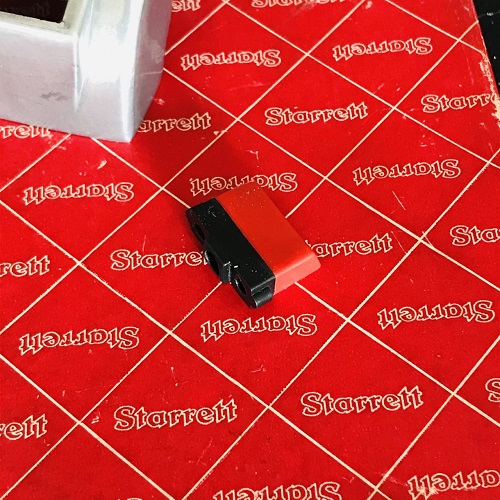 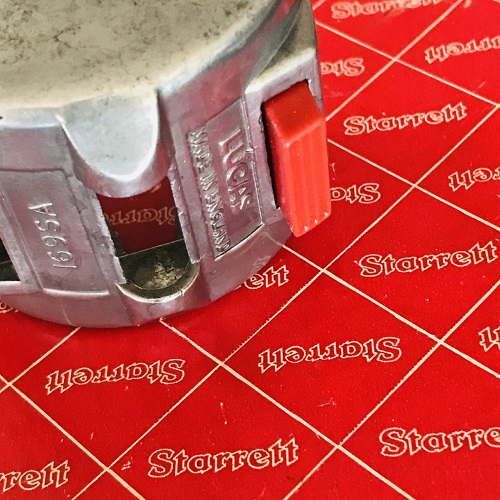 Ludwig was right when he said you cannot own a brit bike and not own a lathe/mill.
Im too old to get one now. :-(

You are only to old for regret.
Buy a small lathe used even.

I would not be able to do much without machine tools, that includes getting new parts fit for purpose not just modifications so those six Lucas buttons and levers can continue the journey they started in late 1973.

I bought this Sunbeam S7 Deluxe gearbox off a Scotsman who has a large breakers (eBay/UK) and asked if he could remove the clusters and shift forks along with sundry parts.
He agreed and after phoning him for a how to remove the bits call they duly arrived.
To easy.
eBay pic. 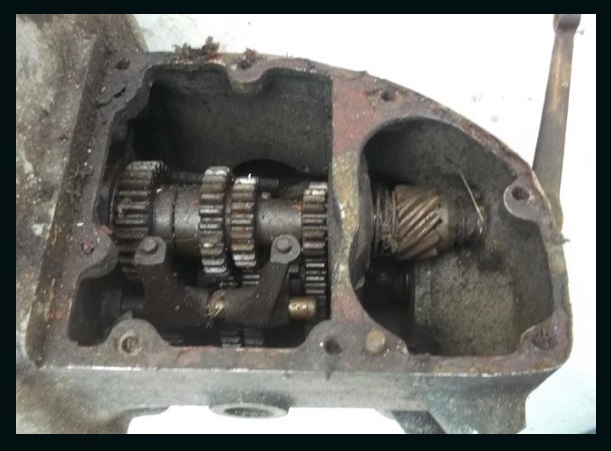 I had a set of brand new bushes from the UK experts Stewart Engineering who have supplied parts for decades.
They sent one bush that had been drilled incorrectly with central holes so the bushes would have got no oil and most likely seized (Oil enters the shaft itself and centrifugal force uses grooves and shaft drillings to feed them)
The darker bush is correct and around 65 to 70 years old.

Machine tools made it easy to rectify with accuracy. 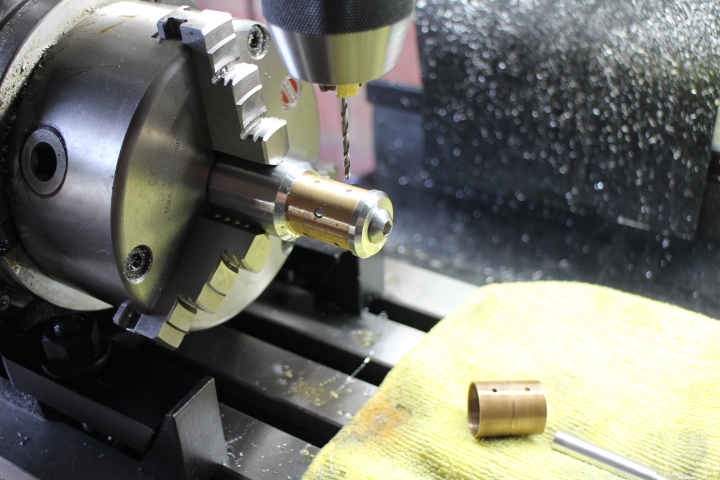 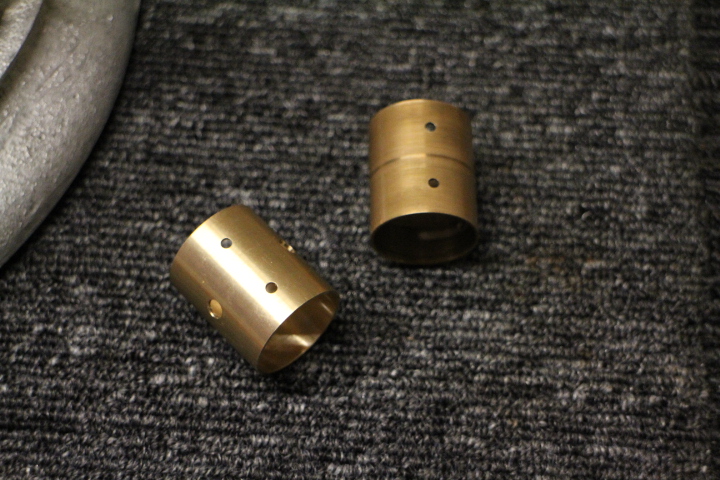 With new bushes, bearings and some time it was like new again. (Finish is via a wooden handle brass bristle wire brush) 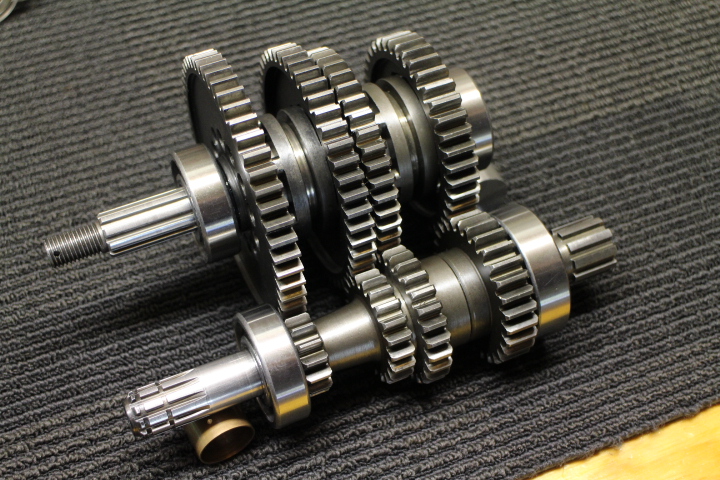 Well I also have lathe and mill, both with DRO but a good ultrasonic cleaner is 3rd on the list of must haves after using a 30L one for 2 years.

Crankcase after 20 mins partially submerged to see what it could do.

A decent pillar drill would be a great start!

The later you leave it, the more you need to start closer to the top but yes a decent drilling rig is better than not having one.

I do have a 30 litre ultra sonic which works OK, on Norton alloy parts I fine Duragloss 851/853 or the brass brush as good for a factory finish look.
An old picture but that is nothing more than the brush and CRC808.
I prefer the shine to be on the inside. 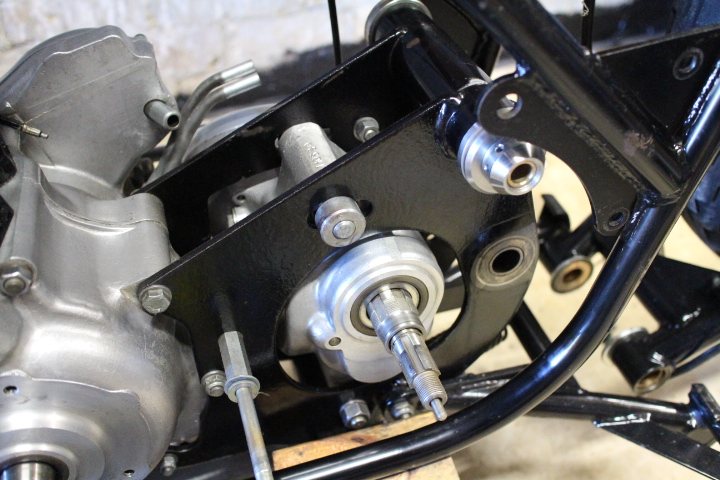 Onder said:
Ludwig was right when he said you cannot own a brit bike and not own a lathe/mill.
Im too old to get one now. :-(
Click to expand...

Plenty of people do fine with basic tools. 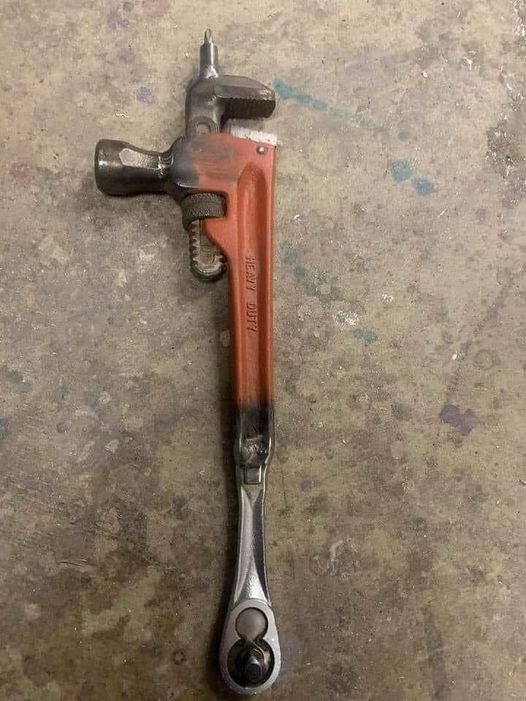 My job is making things (when I work) so machine tools were just a continuation.
When I first started using a lathe (at a good friends toolmaker shop and use that using term loosely) he suggested, instead of machining up to pencil marks, using the incremented dials would obtain better accuracy.
He was right and progressed a little from those days.
Last edited: Thursday at 3:39 PM