My What Am I Getting Myself Into Combat Build Thread

I picked up my '72 in '95. Had a Triumph TR6 bike in college and always wanted a Norton. When i finally got around to doing something about it, i really didn't care about details, just as long as it was a Norton. So when one came up for sale, pretty much bought it no questions asked. She was original with 15k on the odo. 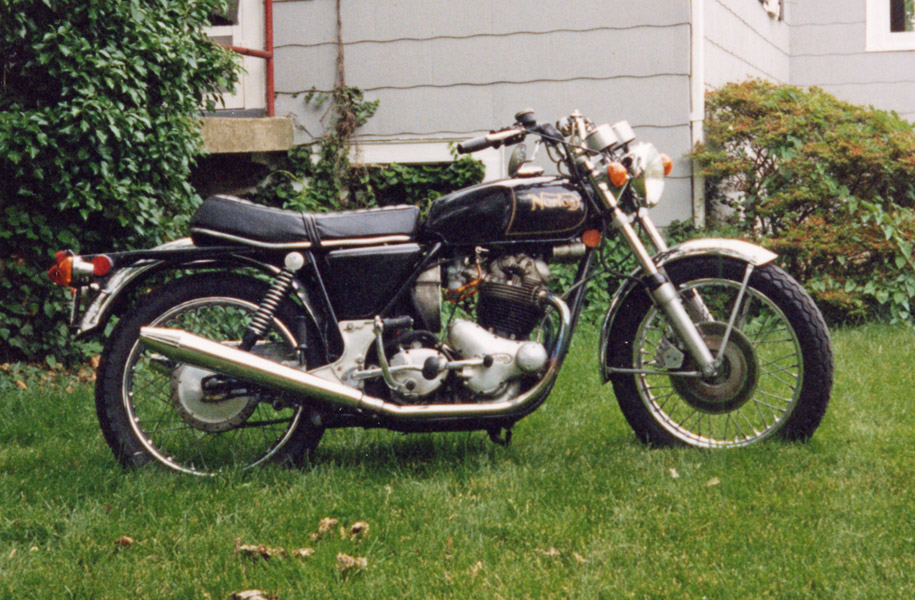 I rode her home (about 35 miles) and then a little bit around the neighborhood, but she became unreliable with several instances where she wouldn't kick over. Without an internet to help back then, thought the problem was British engineering and specifically the carbs. So i changed them for (what i thought) were better Japanese versions. That really didn't help (and in hindsight probably made it worse), so she sat and sat and sat.

I did try to do what i thought was keeping it in a mothball state. Drained the gas tank, squirted some oil in the plug holes and kicked her over every couple of months. 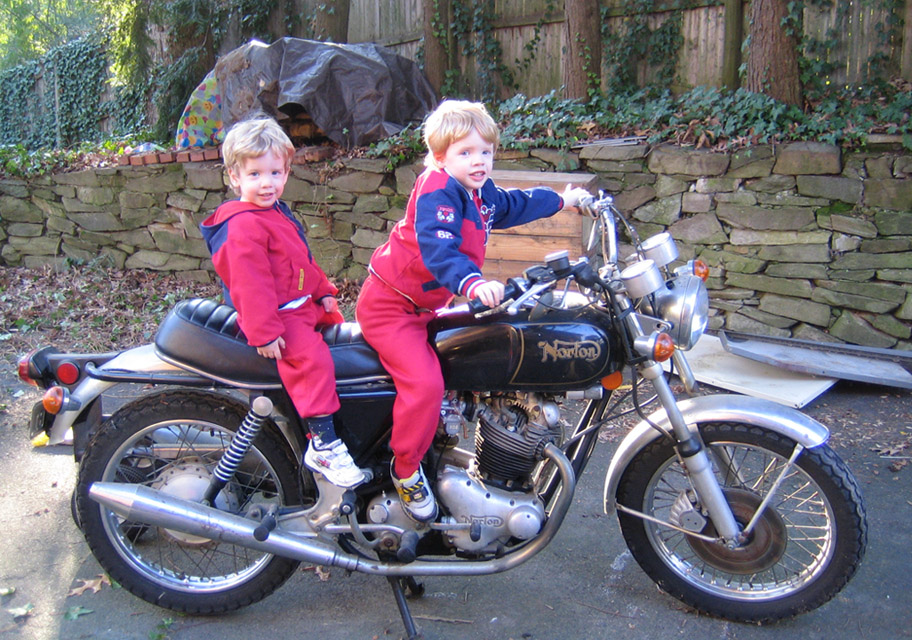 A dozen years or so ago

But i never had the time to devote any time or attention to her, primarily due to the two reasons above. When i did have some time, it went to my other project 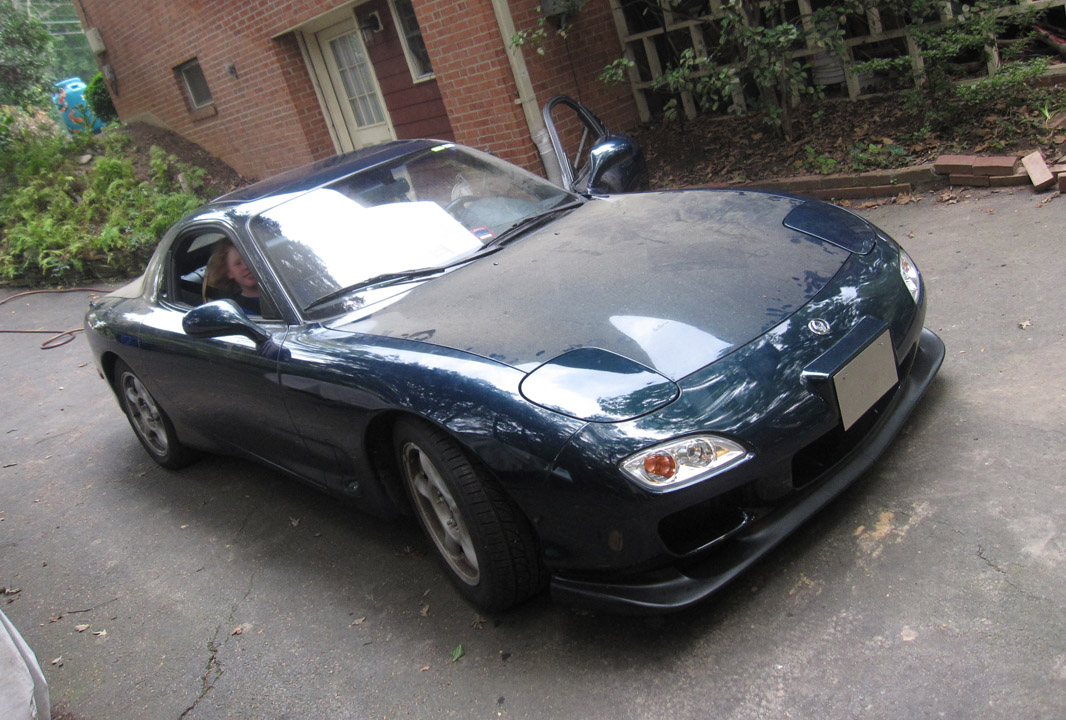 But that's another story. Working on the car, forced the bike out under the porch for a good 18+ months. It did go back in the garage, but time has taken it's toll 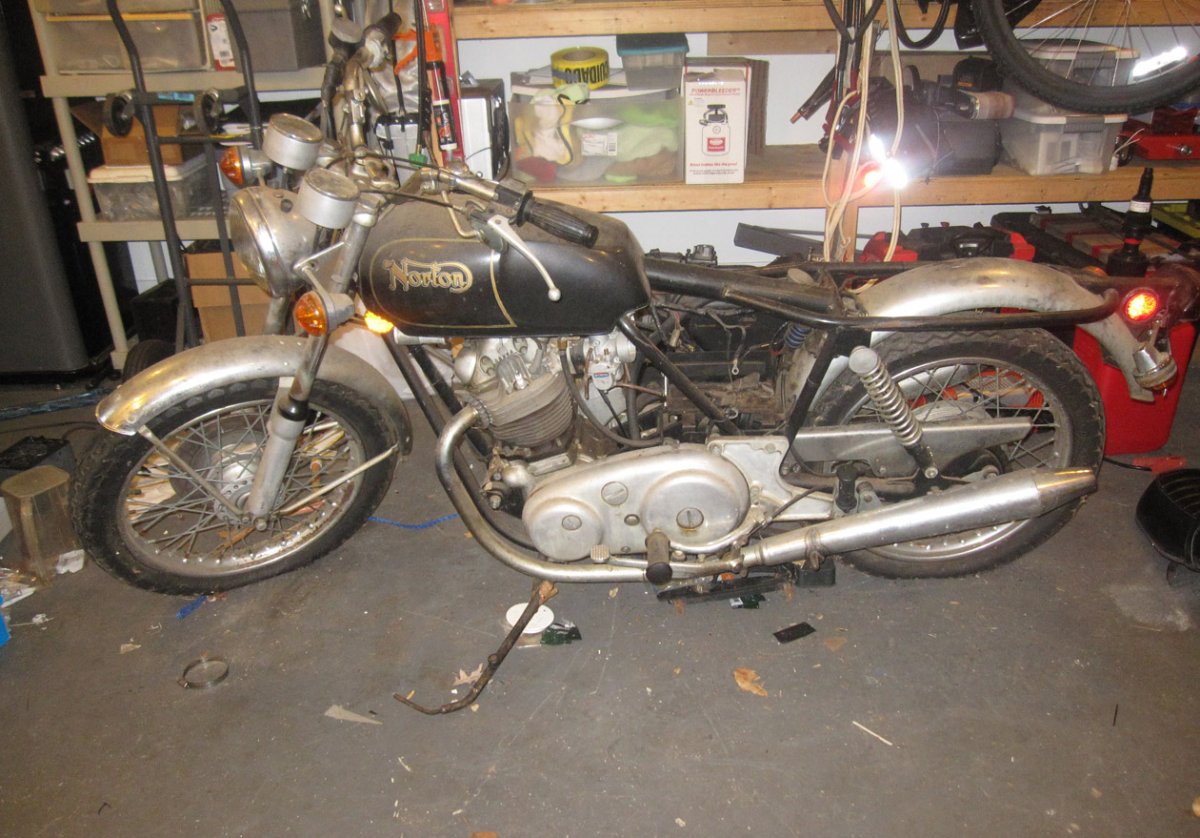 So, i'm starting this thread to solicit input as i start my journey to bringing my Norton back. I have some experience with British engineering (rebuilt a Triumph GT6 in high school), but i have a feeling, i will be learning much as i go through the process a lot have gone through before. Wish me luck.
Last edited: May 13, 2020

You are about to have so much fun.

get wallet ready preparest for steep learning curve look way down yonder the road to finished project and big smile on face after lots of blood sweat tears dollars.. ps if this was easy anybody could do it

Welcome aboard the ship of fools ! Lots of knowledge here with good folks happy to share it . Highly recommend the Mick Hemings Engine & Gearbox DVD’s available through the UK based Norton Owner’s Club .

Great bike and you have history with it. All you need is time, patience, money and this forum and it will be the prettiest and coolest bike in town. Best of luck.

Oh lawdy! We done hooked a'nuther big'un..... If you can survive working on autos or deal with working on a Nippon bike you'll have absolutely no problem bringing back a Commando. Been with mine 42 years, but who's counting?

A well sorted Combat is a fun ride.
Looking forward to your build...
Welcome aboard.

Welcome Tom; this forum is a gold mine of Commando information.

grandpaul said:
Welcome Tom; this forum is a gold mine of Commando information.
Click to expand...

That's why i joined

But for sh!ts and giggles, wondered if it'd fire

I had drained the tank, but didn't think on draining the float bowls 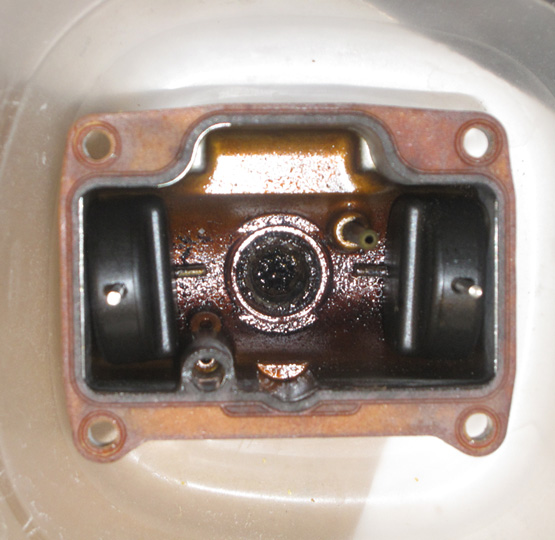 Spent the weekend cleaning that crap out, then went to kick it over, got no spark. So, pulled out ye ole multimeter and went to town

Turned out my ground wire from the battery was completely melted to the head as well as the starboard ground mount.
Wonder who installed the battery in the wrong polarity ???? 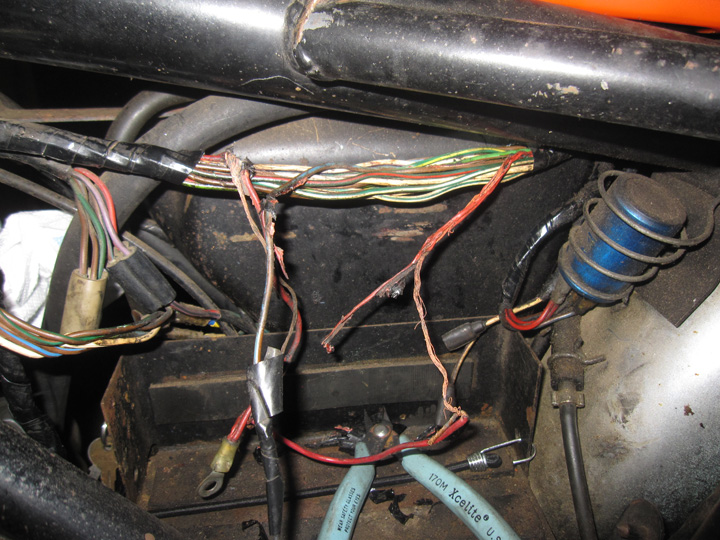 Many years ago I bought a 750 Commando for cheap. The DPO had hooked up the wiring backwards and melted about 3' of wiring.
As others have said this forum has a wealth of knowledge that you can and should tap into. Welcome on board.
John in Texas

TomU said:
Turned out my ground wire from the battery was completely melted to the head as well as the starboard ground mount.
Wonder who installed the battery in the wrong polarity ????
Click to expand...

So i rewired the "positive" ground wire and threw in some new plugs. I got spark!

Now, will it start?

If it doesn't start on the first kick, you need to strip the engine to the bare flywheel.

grandpaul said:
If it doesn't start on the first kick, you need to strip the engine to the bare flywheel.
Click to expand...

And no 'advanced formula' engine oils, everybody knows retarded works best for starting (Norton used to give you a little lever just for that!)
Seriously though, good luck and enjoy the bike...

Get a cat and flog it. It's a Brit. Do something it can understand, or ship it to Botany..... Oops.

After about 30 kicks, starting fluid and some backfires, she starts!

Before i started it, i filled the oil tank to the fill mark. A couple minutes later after it fired up..... 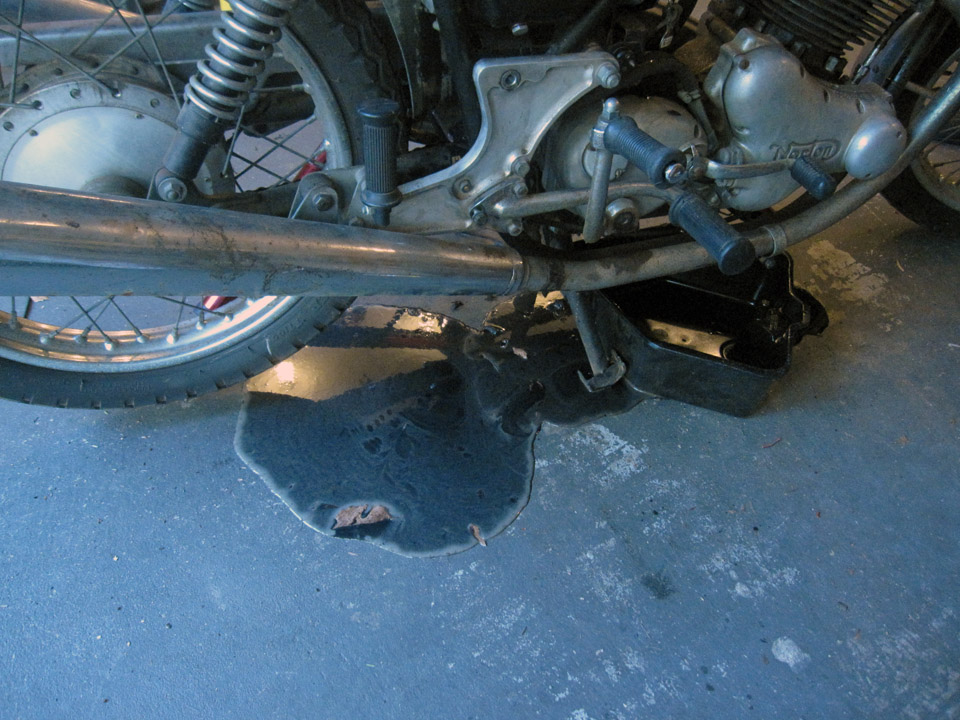 Guess it was wet sumped