At a rest stop while out and about on my Commando today, came across an older rider I'd met last week at same location. Got to chatting and he tells me he has a box or two of Norton parts and invites me 'round to take a look see. While there, he shows me his collection of old flywheel engines and soon enough, he fires one up:


He called it a Flywheel, Make & Brake, Hit and Miss engine, used to power all sorts of industrial machinery prior to electrics and/or small gas motors. You can hear it only firing occasionally every few cycles. The Fly-bob weights are governing the rpm and without any load on it it doesn't need a pop each cycle. The intake valve has no mechanical actuator...relying on atmospheric pressure to open on intake stroke as low pressure occurs in the cylinder. As the rpm goes up the fly/bob weights actuate a mechanism to open the exhaust valve during intake stroke, thus eliminating low pressure formation, no intake opening and no fuel sipped in. Very clever.

Anyway, had a look through the two boxes of Norton parts...some 750 Commando items, some 850 and some Triumph parts. Nothing major, but a nice Norton tool roll (no tools :-( ), nice new Lucas square tail lamp lens and gaskets sets. I'll be making a separate visit to collect what I'd like.

He also had a late model vintage Bonneviille, expertly restored by a famous Western NA re-builder. He said he has never run the engine since acquiring it decades ago...and he never plans to as he doesn't want to blue the headers...just gorgeous.

The make&brake engines powered the entire inshore fishing fleet here early on , here on east coast Canada , even when I was a boy many were still in use , liked the sound when they came into wharf to unload their catch … still hear them on special display once in while along the coastal routes …. Very cool , thanks Torry !

This was my first time learning of these beasts. Can only imagine how they'd sound in a chorus of a fleet of boats returning to harbour.

Mogul international horizontal, suction intake , and a bigger lister vertical . "Add on....." also a mate of mine picked up this Blackstone engine , it was for emergency power for wellington somewhere and because of red tape crap they were going to scrap it , they were lightening it , to move it , he refitted all the heads etc , inside the crank case its like brand new, roller cam etc , beautiful machining . Cheers 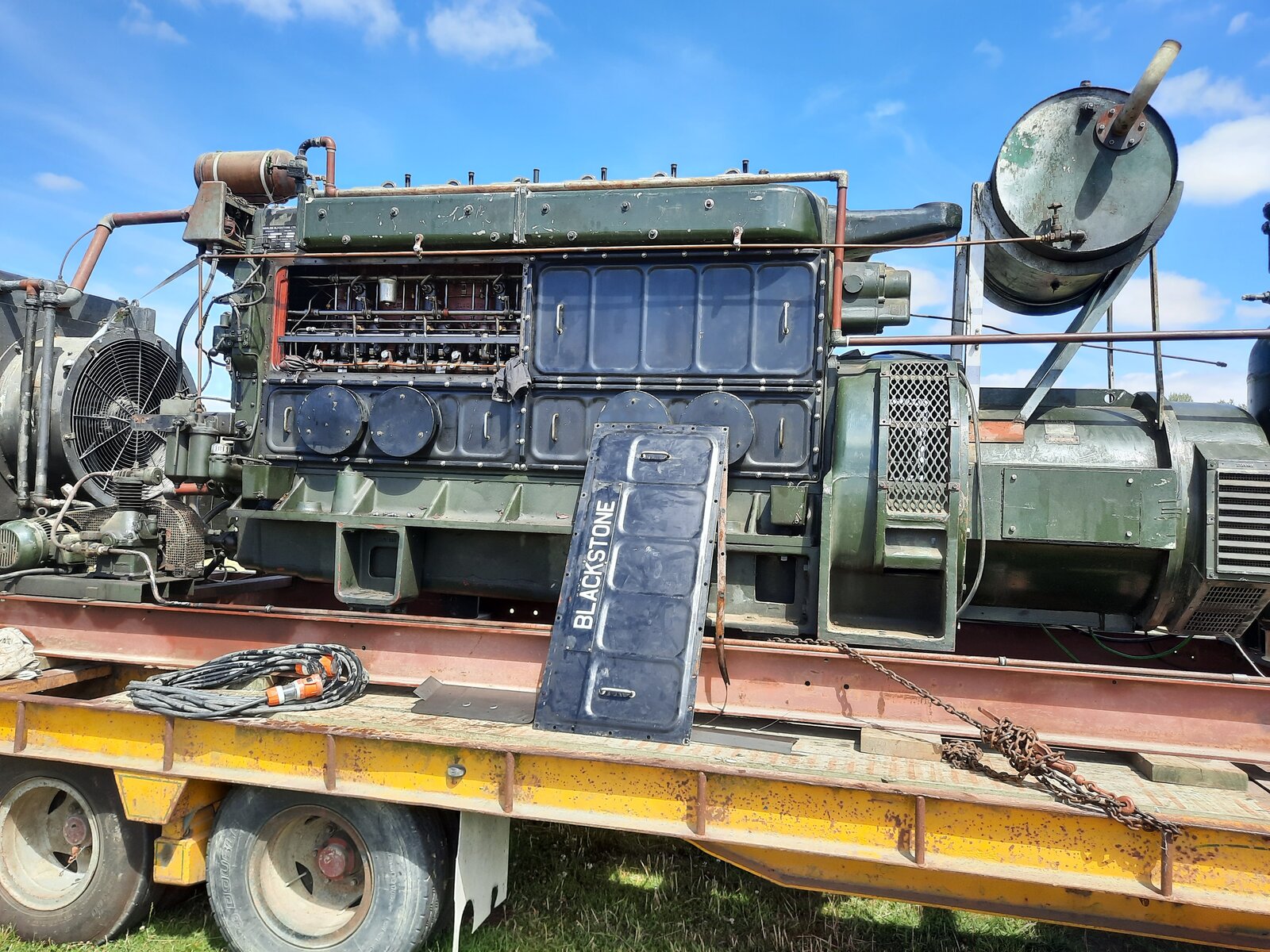 Tornado said:
This was my first time learning of these beasts. Can only imagine how they'd sound in a chorus of a fleet of boats returning to harbour.
Click to expand...

Hard to imagine those old motors in a boat but in their hay day that's what they had , sound pretty cool though , we used to do jobs at the wharf , I had to change a engine on a fishing trawler , cut a hole in the fish hole bulk head , fit a gantry , and swap the engine from a 12V71 to a 8V92 I had to make lifting brackets to lift out and refit engine on its end and the modify the exhaust to suit , not much fun , and the tide didn't help, carry your gear out, even further up the ladder .
You must log in or register to reply here.
Share:
Facebook Reddit Pinterest Tumblr WhatsApp Email Share Link