A good buddy of mine has had this engine sitting on his bench for untold years (at least 30 I'm sure). It was in a truckload of Norton parts he picked up for $200... ah, the good old days...

I went over to his place (he lives on the Oregon coast, which was beautiful today!) and handed him a small sum of money for the engine. The agreement is that once I get the original engine fixed he has first rights at buying this one back (plus whatever I have into it). Fair enough!

So I had always assumed that it was a Combat but honestly had never looked at it very carefully until I got it home. I saw the back breather and well, it's probably a Combat, right?

Now I don't think so. No C on the head. Intake manifold is 27mm (shouldn't it be bigger?). There's not much gap between the head and barrel.

And the engine is a lot rougher now that I've gotten it into the light. Broken fin. It looks like someone has tried to take the barrel off (missing base nuts). And there is a clunk when you turn it over. Needless to say this one needs to come apart.

I was hoping (perhaps naively) that I could literally pop this one in the bike and go riding. That is not going to happen.

I need to take the blown motor apart and see how much of the top end is salvageable. Worse case is the barrel spigots are toast from the rod flailing around. Will the pistons be toast? Hopefully the head is ok.

What I really need is an engine stand, does anyone have an extra one laying around?

What is the build date?

An 8 inch vice would work in a pinch. cNw has engine stands for sale. I just made mine with tubing and L brackets and a welder.
Have fun with that engine.
Cheers,
Thomas

I don't have a vise anymore (broke the last one), heck, I don't even have a bench to mount one to.

Dutch said:
What is the build date?
Click to expand...

Take the sharp corners off this thing, might work, ya.
Hope I never need one myself!

I cut myself just looking at the picture of that stand!

Shoot, this is the one I need. Hope I can find one in the States.

Dave, Send me your address and I will send you a stand. Jim

comnoz said:
Dave, Send me your address and I will send you a stand. Jim
Click to expand...

Jeez you're a good bloke Jim!

comnoz said:
Dave, Send me your address and I will send you a stand. Jim
Click to expand...

PM sent. I owe you. Thanks!

Nothing too fancy.
It will go out Monday with UPS. 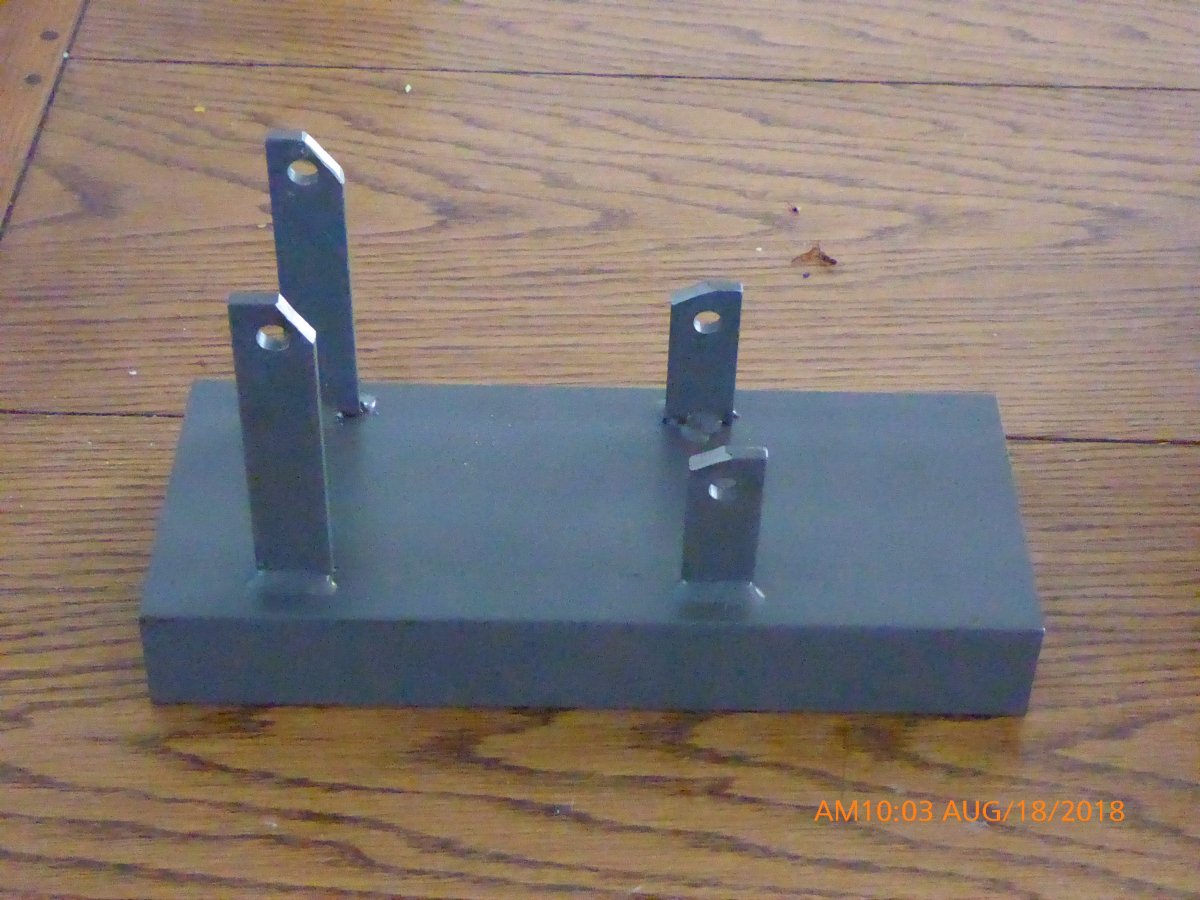 I send it back when I’m done with it unless you beg me not too.

So when making the drive to the coast yesterday the car started to overheat. We pulled over and it cooled off and didn’t throw another warning until a couple miles from home.

It’s the water pump and known problem with this brand of German cars. If anyone mentions “German engineering” around me I’m liable to slap them.

Hopefully I can find an indy shop to fix it for less before I have to take a crack at it.

This might end up being the most expensive spare engine in history.

Hmm, German. Problems with the waterpump. Probably a plastic body waterpump. A BMW?

swooshdave said:
I send it back when I’m done with it unless you beg me not too.
Click to expand...

Well I have 4 more just like that and a couple other different units so I doubt I will be needing it anytime soon.

Just pass it forward if someone else needs it.

The Comstock stand came this week and it's already in service.

So the engine turns over with very little resistance but some kind of light knocking noise. But first the head...

So that couldn't have fallen out like that. It looks like someone put it there for safe keeping.

I think we solved a couple mysteries. But no clue as to why they were removed. Pushrods are also missing.

Bottom end feels quite solid except it's a little dirty. Pretty serviceable!

We'll that's all I can do for now. Just wipe things down, protect the rods and bag and tag all the parts that were removed. Then try to figure out my next steps.

As you said, remember when you could get stuff like this for small money and rebuild it for not much more?
Nice to see you get to do it one more time!
...and as for that BM, not an uncommon problem but how they let that out with all the money they have for R&D amazes me.
You must log in or register to reply here.
Share:
Facebook Reddit Pinterest Tumblr WhatsApp Email Share Link
Top