I have been given the task on two featherbeds for installing cafe tanks and seat. There is no real method of doing so.. no special brackets , nothing. It is entirely up to the owner. I have been through a few dozen pictures of and there is very little to be seen. I finally welded in a small crosspiece on the frame for a place to mount the front of the seat and the rear of the tank. It works well but I am curious as to what other people have done.

after searching through many back issues of CLASSIC BIKE I found a few pictures of how the rear of the tank is mounted. A tube is welded into the frame and it looks like a couple of tabs are welded in, too. The pictures are not very large so it's hard to get details. I made a bracket that does double duty holding the rear of the tank and the front of the seat.

Most Featherbed tanks sit on rubber tank mounts on the frame and a tank strap that go along the top of the tank to hole it on, on my Wideline frame my tank sits on the rubber mounts and is not bolted down at all, my rear seat is mounted to the top rear shocks the same as the Commandos, I use a Commando Interstates seat ( solo seat with the hump) but had to change the mounts to fit in the right position for the Featherbed, the seat sit right up to the rear of the tank, in over 38 year with this set up I have had no problems at all.
The reason I don't clamp or bolt my tank down is when I first convered my 850 to the Featherbed back in the early 80s is I had a major fuel fire and what saved my bike was I was able to pull my tank off and away from the fire, the fire was caused by a leaking fuel tap and running volictity stacks without air filters the bike backed fired through the carbies when kicking it I was on the bike when it went up, never ran volictity stacks ever since, lession learned the hard way, but my tank still sit on the frame without being bolted down.

The stock tank will seat evenly on the rubber things that wrap around the frame. Try an aftermarket aluminum tank...nothing is flat under the tank. Nothing is symmetrical from side to side. Making it level and visually correct is going to take a long time.

I brazed a cross tubing to the frame with the holders for seat and tank. The rear support and latch for the seat is brazed onto the existing cross tubing which is also the rear mudguard bracket. Took ages to make.

i too used the tank rubbers to isolate my tank. make sure you anchor them in place (zip tie) as they can and will migrate.

the tank strap with the manx-style toggle is how i keep it on, needing the bridge with tabs. 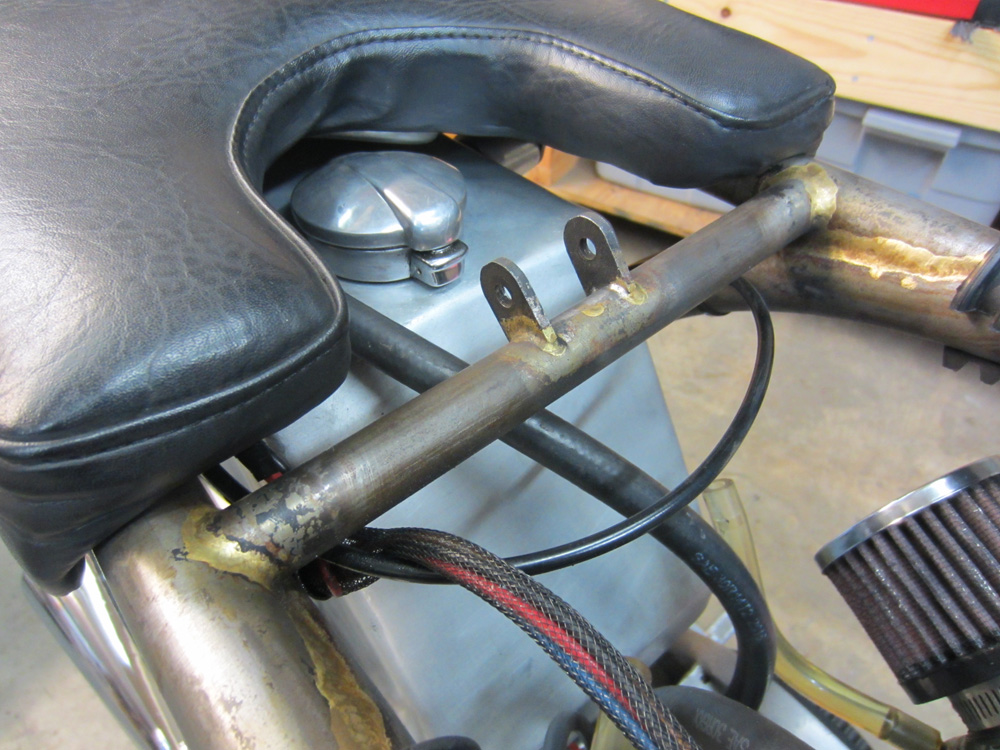 i had a bit of trouble with the tank sliding forward, fouling the clip-ons and triple clamps, so i made a little hook that locates the tank and stops it from sliding forward. i found some grommets that fit perfectly around the petcock fittings on the tank, so there was no need to weld anything onto the tank. 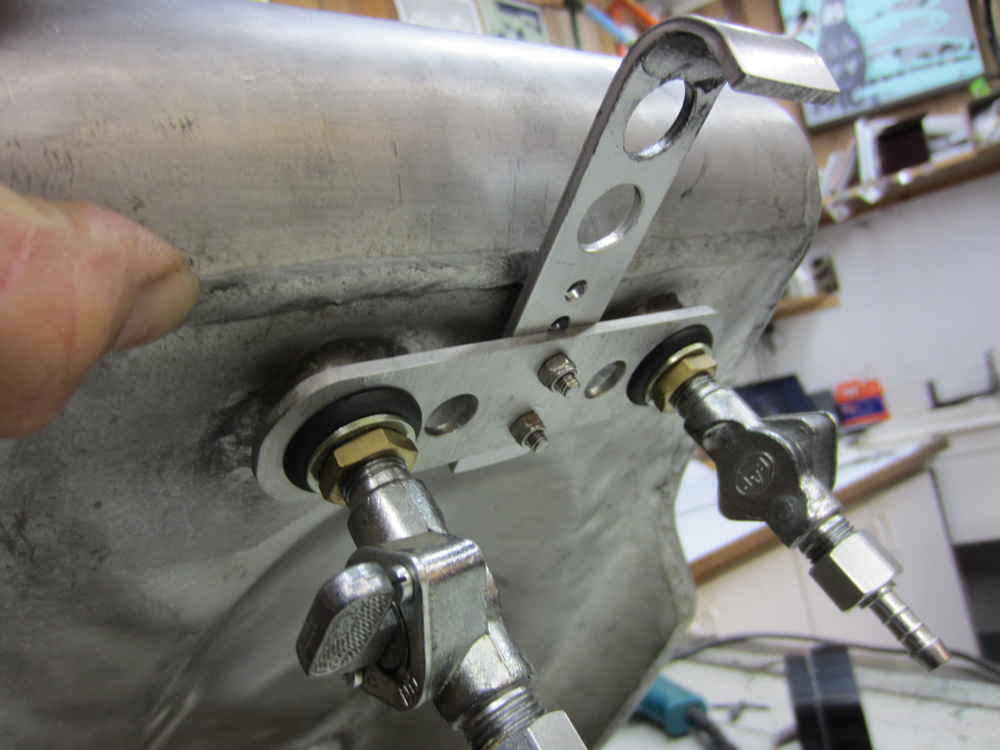 the hook then goes over the bridge, under the toggle. i attach the toggle with a pin with a small cotter pin to make the toggle and tank very easy to remove should i ever be in a hurry to remove it. 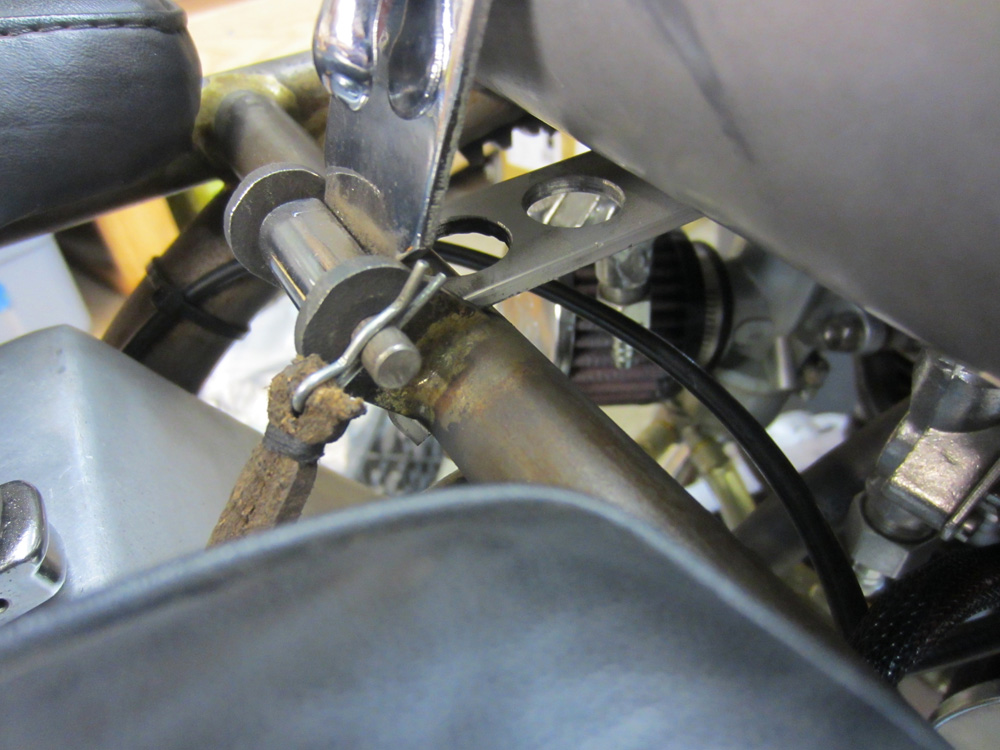 not terribly easy, but not the hardest thing to do either.

those are some good ideas. On the first one I welded in a piece of angle between the seat and tank, then bolted an aluminum piece to hold both seat and tank. It seems we are all using the same idea about welding in a cross bar. I held off for ages trying to think up another way.
You must log in or register to reply here.
Share:
Facebook Reddit Pinterest Tumblr WhatsApp Email Link