Anyone with pics of how the early side stands were attached ?

+1 for me on this topic, the way mine is it doesn't lock forward and doesn't seem to be any rest for it when it's retracted.

I have a 69 roadster and the side stand that came with it was not a very nice piece of equipment. In fact it was ugly, short, and practically useless. I always had to place something on the ground piece of wood or puck to hold the bike up or a good wind would knock it over. I had a bike shop remove the stand and weld a small pate on frame with stud so I could attach a nice modern side stand. You can most likely find a shop that will perform this service. Its a low cost item as compared to other upgrades.
Doxford

On my 1971 Roadster from new the pivot stud was welded at an angle to the small surrounding plate and this meant that when weight was put on the side stand it would gradually ride up the stud and push off the securing cir-clip and I would eventually lose the side stand or the bike would fall over!
I cut off the plate and stud with a grinder and welded the Old Britts stand upgrade http://www.oldbritts.com/38_200002.html
Even managed to do this without stripping the bike down (just the exhaust pipe if I remember).
Works perfect, after all these years of heaving the bike up on to the center stand

I ordered a new lug and stand for my 70 model from Norvil a few days ago. I'll post a picture when installed. 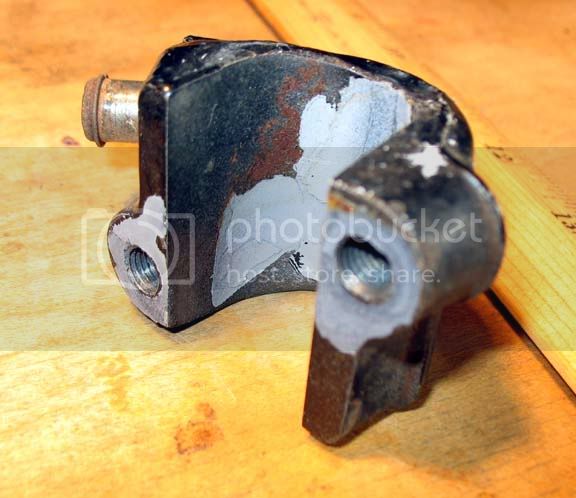 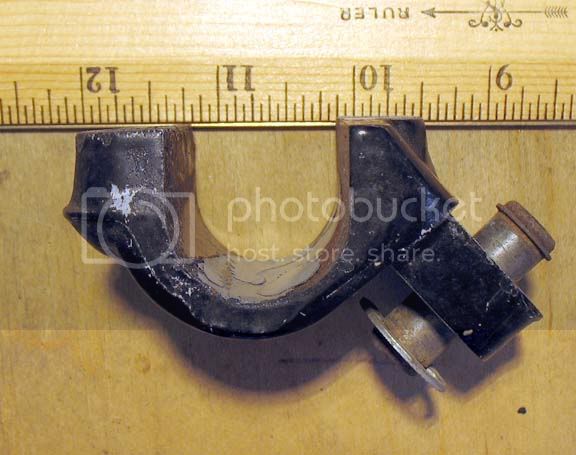 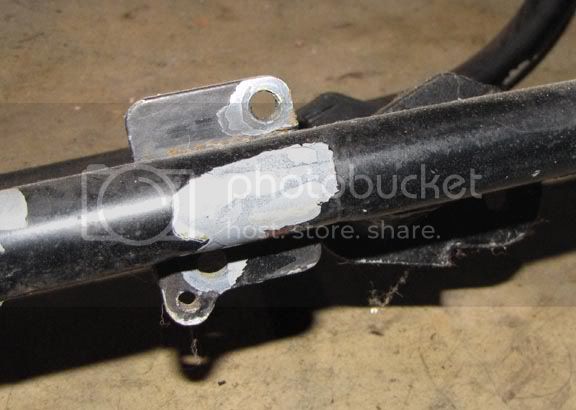 Those early stands with the cast lug are also prone to breakage. I suggest that you never put any undue pressure on the bike while on the side stand, such as sitting on the bike resting on the stand, or even leaving the bike idling on this stand.

"There's no question the '71 sidestand was a problem and if you ride your Norton daily, it ought to be removed or 'fixed' ('72 style).
However, if you're a purist and want to retain the original '71 sidestand but still keep it on the bike safely, there is a way. It doesn't cost anything but some time.
Drill and tap the sidestand bushing at the back (opposite the leg) for a 3/16" set screw.
Put the sidestand on the post snugly in place and insert a scribe through the new set screw hole to mark the post all the way around.
Remove the sidestand and machine a groove (by hand) completely around the post so that, when installed, the set screw will sit into the groove. If you can find and use a set screw with a post, that's even better and it's easier to make the groove.
Replace the stand and insert the set screw. Locktite the set screw in place. Install the c-clip which is now redundant.

This setup is almost undetectable during shows yet will prevent the stand from falling off. If you fill the hole with some body filler and paint it, it is completely gone. Now the bike is 100% original 1971 - but safe too.

If you like this idea, all you need to know is how to make the groove. There are a few different ways - some good, some not so good."

Thanks guys, I think I'd like to get the standard lug and maybe make a stand like the more modern one.
I could get the Old Brits set-up but my cross tube is toward the rear. The side stand I found with this basket case is a clamp-on and you can see where it marked-up the frame tube, I'm doing a frame up resto so I'll have to try to clean this up.
I'm going to start a new subject called "Nortasaki's '71 long term resto" as I have some pics before I started tearing down the bike and as of now I have the bike completely dismantled. I'll be looking forward to all of your answers to my questions. :wink:

I could get the Old Brits set-up but my cross tube is toward the rear.
Click to expand...

So Nortasaki, is this a pre-'71 frame with the centerstand lugs attached to the frame? This thread seems to have a mix of '71 and pre-71 references.

I could get the Old Brits set-up but my cross tube is toward the rear.
Click to expand...

So Nortasaki, is this a pre-'71 frame with the centerstand lugs attached to the frame? This thread seems to have a mix of '71 and pre-71 references.
Click to expand...

Yes, Ron L, It has a lot of '69-'70 flavor to it, the trees, non cush drive, frame, headlight, boxed oil tank, you name it. I was told it could have been an "S" model, though it didn't have the high pipes. When I purchased it in 1982 it had 4.10-19 tires front and back and the center stand would not reach the ground. Numbers match as does the title :wink:

I recently had to deal with the stock sidestand on my 1968 Commando. The basic pieces were all there, but the assembly was worn and the original specs sucked. Here is the routine I went through. Remove the boltup assembly that wraps around the frame. Heat and straighten the lug that sticks down and out, cause it will be bent. Build up the lug so that it is even in thickness. Hopefully the hole is not elongated. Build up the stops so that the sidestand does not swing too far forward when the sidestand is down. You may need to build up the stop so that it does not retract too far when raised. As far as I could see, the original stops always let the sidestand swing too far forward and back. Bolt up the rebuilt assembly onto the frame. Replace the original bolt with a tough grade bolt that takes up all the slack in the three holes, and bolt up with a locknut. Attach the sidestand and lean the bike on the sidestand. Guess what, the original sidestand is about 3/4 of an inch too short. Cut off the foot and lengthen the sidestand by whatever amount you need to get a reasonable amount of lean. Then weld the foot back on. The clearances between the foot and the exhaust are very close when the sidestand are retracted, so tack it first. Piece of cake. Took me about 10 hours. It is original in appearance and actually works well. But I won't kickstart the bike on the sidestand.

A previous owner of my 1970 roadster had replaced its sidestand with a Triumph one - which I found out when I sent pictures of it to Andover Norton see if they could supply one that fit. It seems to be more substantial item than the one shown on this post; in my case I have no choice but to use it to kickstart and idle the bike as the centre stand has been removed for the two in one exhaust. I have attached the pictures that I showed Andover Norton. I ultimately got the spring to work by cutting it down and hacking it around; ugly but effective, although it took several attempts as I was anxious not to cut it too short. I did enquire with a local springmaker to see if a spring could be made up for me; they were going to charge $150, so I decided to cut up the existing one that I had paid $25 for. 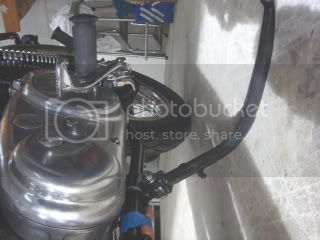 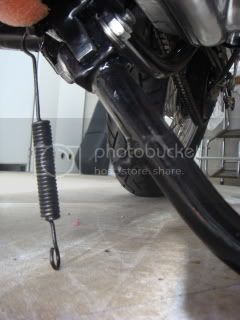 This one seems to work well, but I do have to check the bolts holding the lug to the frame - I have noticed them loosening in the past.